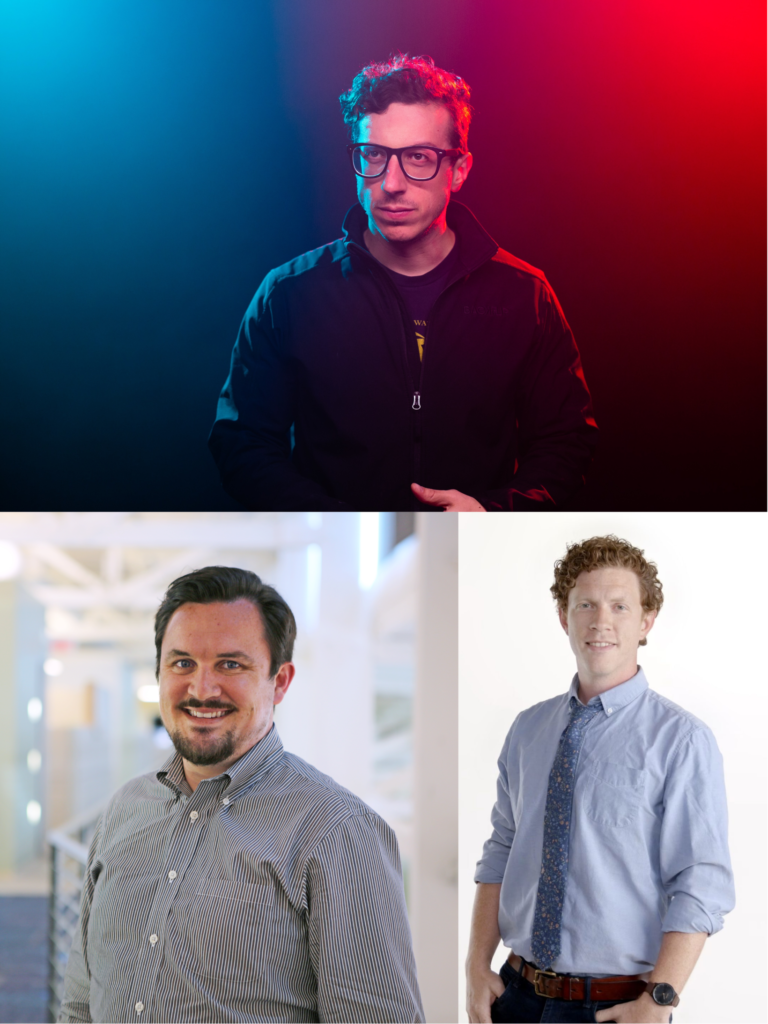 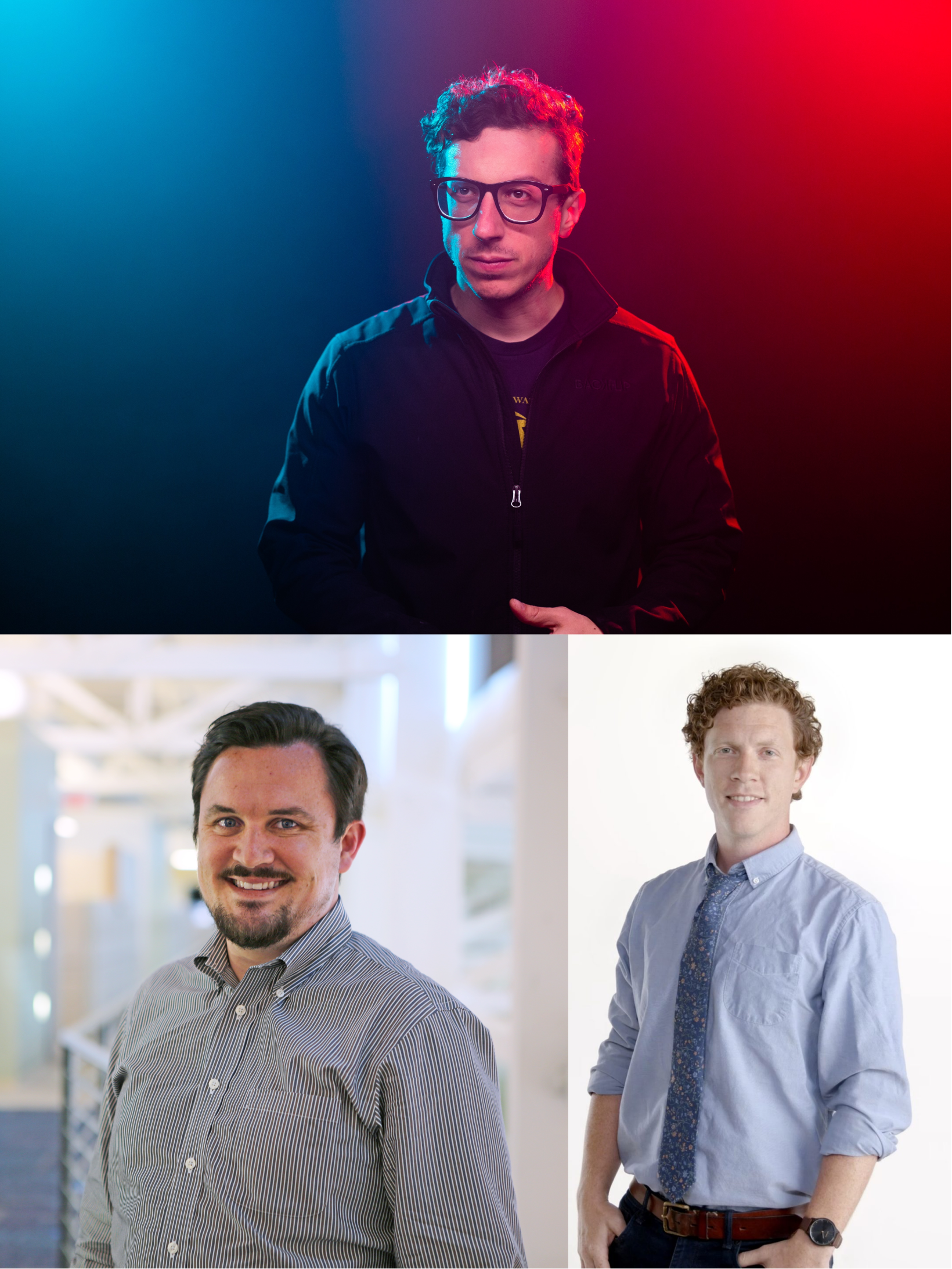 Bare Metal, a film directed by Brandon Robert Gries, Ryan Freng, John Shoemaker, is an edifying and analytical documentary film. It is based on the environmental concern specifically about reducing carbon emissions. The film will leave you in thoughts. The film is set to perfection, the details are so well elucidated! Right from the beginning, the film is skillfully presented.
The directors should be praised extensively and they are utterly highbrows. The film will really make you ponder about the environment and the future.
The film has an agreeable message at the end! This film will firmly make you oversee. Bare Metal is flabbergasting!

The film raises a very worthy question : is there a single answer to the climate change problem? In fact, do any of us have a single answer to it?
David Gottfried (Chief Commercialization Officer Blue Planet Systems) said, “The greatest model for labels are the nutritional labels on our food. Likewise a carbon label is necessary, that allows us to be able to get to that data and refine it and make it better and better every day!”
The film ends with these impactful phrases, “We all live on this planet. We all have to do the right thing. We’re not just us but our families and our friends. They have to live on this planet. We’re gone. We have a responsibility. So, what’s yours?”
It is crucial to note how we live, how we operate, what we do, because that is the major part to save the environment now! Because it is high time now, and we should think about how we can help each other win and save the environment!
The film fully justifies its appellation ‘BARE METAL’.
We candidly admire the directors, for putting together such a great and notable film. Overall, the film is illuminating and worth thinking over.
We are obliged to have the chance to interview Brandon, Ryan and John. We wholeheartedly acknowledge the time taken to address the questions, and all that it would entail.

Brandon Gries is an engineer. He works for an electrical contractor. For 10 years he’s built data centers. He’s aspired since childhood to be a filmmaker. This is his first film. Only due to the faith, trust, and collaboration with his friends in film (Backflip), data centers (Google, Microsoft, Equinix) and industry (contractors, concrete, steel, aluminum) was this possible. He learned of your inaugural film contest at Bloomberg Green in New York City, April 2022. His first inspiration was to do a film with my wife Ashley, who works professionally in environmental conservation. He shifted to an even bigger story about his own industry in July 2022 instead. He have dedicated this film to her.
Ryan Freng and John Shoemaker are seasoned veterans of the production world, running a commercial agency for 15 years and having produced both long form and short form films. Their previous documentary ‘Power in My Hands’ tells the personal stories of those majorly impacted by the power of the Rosary. Ryan and John have worked with Brandon for years on promotional work. Learning of Brandon’s desire to make movies, John encouraged him to pick a film festival and punch the throttle. This is the result of that collaboration.

Filming occurred 07/20 to 09/14. The result was: 30+ people and hours of interviews, 6 states, funneled into this 10-minute film, a pilot for a docuseries we hope to create. We entered the film to catch industry leaders in their curiosity zone and compel them to act. What kind of positive impact could we have on embodied carbon if the largest companies on earth (digital infrastructure companies representing 30% of global GDP) partnered strategically with the heritage industries that have literally changed the face of the physical earth? How can we collaborate across companies to revamp the supply chain? It will take their collective brainpower, innovation, and coordination to solve the building component of the climate crisis. But is that enough? And can they do it?

Microsoft, Google, META, and AWS are some of the biggest single-power consumers in the world. Along with other digital infrastructure companies’ consumption, they make up 2.4% of the world’s energy use. This film details the digital infrastructure industry’s work to reduce their carbon footprint in an effort to lower carbon emissions and help save the world.

Let’s start with some questions.

1. Bare Metal is an outstanding documentary, what’s your spur on bringing up a film like this?

Brandon: I work professionally as an engineer, designing and building modular data center for the largest technology companies on the planet. I know how committed these companies are to sustainability and I thought that I could do two things, help get that message out to a general audience and also suggest another way that these companies could do more.

2. The shots in the film are spectacular and never seen before. How did you get the chance to shoot them and where did you shoot it? Share the experience of shooting them.

Brandon: We shot interviews and b-roll in six states in as many weeks. Data centers are everywhere so we had to cover a lot of ground. The filming was intense and compressed. There was nearly one point when we were in 3 states in the same day.

3. There are snippets of few intellectuals sharing the paramount information, how did you reach out to the dignitaries? How was your personal experience meeting them?

Brandon: We got a lot of help from industry veterans and leaders. They helped to bring forward a most of the interviewees.

4. Approximately how long did it take you to gather all those information and film it?

Brandon: The film went from concept to final cut in 3 months.

5. The initiative by the industry Association I Masons called the Climate Accord seems like a great deal of idea! The communiqué should be known to everyone. But, society doesn’t know about it much. How can it be unfolded and made aware?

Brandon: That is part of the goal of the film.

Brandon: The best thing people can do, in my opinion is to educate themselves where major sources of carbon come from, at a commercial and industrial level and find some way to use that information to guide their career. Use the information to impact how they consume, what they buy, where they work, etc.

7. This film clearly included a lot of research! What did you explore in your research and what is your takeaway from the research after making the film?

Brandon: The film seeks to point out that we need to think more broadly than just energy. In the years ahead, it will become more apparent that the extraction of inorganic mineral and chemical processes for refining will again be some of the most essential things we to which we need to pay attention. Even if we had carbon free energy, and we still had environmental issues with nitrogen, methane, water, waste, and a dying ecology, we will still have most of the problem to solve.

9. What are the next projects you’re working on?

Brandon: I would like to expand the film into a multi-part documentary series that covers the intersection of digital infrastructure with the majority of our most contemporary and pressing socio economic and geopolitical issues. I am also working on a multi-industry roundtable or symposium to bring forward leaders from several industries including automotive, aerospace, materials, industrial water, digital infrastructure, and construction to enable an open dialogue of how they can work together more.

10. Was there anything we didn’t address?

Brandon: The power of one is real. We all have within us the ability to have an impact.

We are glad to have you to discuss such an invaluable work, Bare Metal. Our team personally learnt a lot from this film. We believe this interview will definitely make the audience aware about innumerable unknown facts.

On a personal note, we really cherished interviewing you, we hope you enjoyed it too. Thanks again. Stay connected with the MDIFF Community, because we value your work!